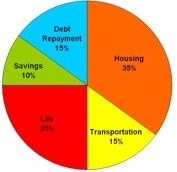 The following provide some interesting statistics that may help to sum up the average American financial   status and provide answers to questions as well.

3.  401(k) average balance is reflected by age group as indicated by the Vangard chart below.

4.  Average rates in personal savings for Americans has been staggered since it reached an all-time low of 1.9% in 2005. In February of this year it reflected an increase to 5.60% up from January’s 5.50% in January of 2017. Economist still believe that the average savings in the U.S. does not provide sufficient cushion to absorb any real financial setbacks.

5. Charitable contributions by Americans according to 2015 IRS records topped off at an estimated $5,491. Data reflecting this amount however was derived from approximately 30%  of Americans who itemized taxable deductions. It is also important to note that these charitable donations varied significantly based on household income.

6. Average credit score rating was between 650 and 700 is based on the most current FICO Score High Achievers Study. Data indicated that the average American carries a non-mortgage revolving credit balance of around $8,611. According to the latest FICO Score distribution data, the average American consumer’s FICO scores continues to trend upwards. Evaluation of consumer credit behavioral profiles also indicate that people in the baby-boomer demographic which represent a large portion of the American population typically have higher scores than Millennials (also known as Generation Y). Length of credit history also accounted for approximately 5% of the overall FICO Score calculation. 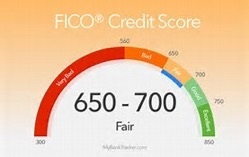 7. The average American say they do not contribute to an IRA account. In fact, only 18% of Americans actually have an IRA account. The reasons cited for this low interest in IRA    accounts were:

9. The federal income tax rate paid by Americans averaged out at 13.5% which converts to approximately $9,655. Americans also paid on average 1.45% for Medicare, 3.3% for social security taxes and 9.9% for state and local taxes. 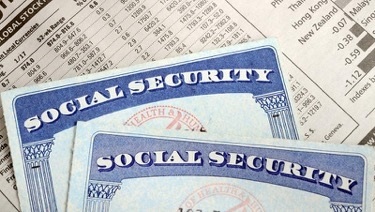 10.  The average American annual social income is between $15,528 and $16,356 which translates to little under or over $1,300 per month. Studies show an estimated 9 out of 10 social security recipients wait until they are at least age 65 and older to apply for these benefits. Overall, social security benefits represent about 34% of the income of the elderly. An average of 48% of married couples and 71% of unmarried persons depend on social security for at least 50% of their income. Social Security represent 90% or more of the income of 21% of married couples and approximately 43% of elderly singles.

Matt Logan is a Representative with Matt Logan Inc and Summit Brokerage and may be reached at www.mattloganinc.com, 336-540-9700 or [email protected].