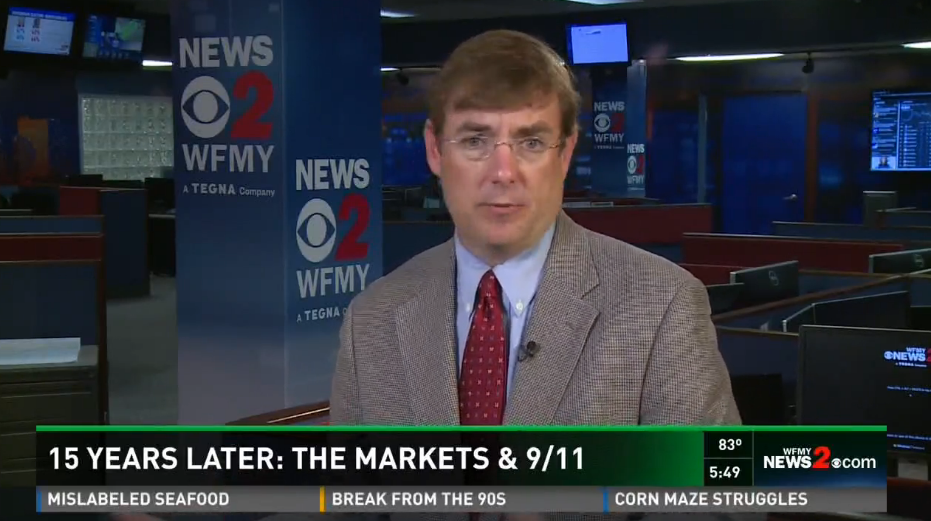 Do you know what has happened in the financial markets since 9/11? As we just passed the 15 year anniversary of this terrible event, I did an interview on WFMY to look back at it. Click on this link to see the interview.

It's September 12th. The markets closed at UP over 31 points. But on this day, 15 years ago, there was nothing. The market never opened on September 11th and it wasn't until September 17th the markets re-opened. And when they did...

"We saw a 5% drop on the first day the market opened, " says Certified Financial Planner Matt Logan.  "A large drop would be a 1% drop so a 5% drop is up there as one of the top drops the market has ever seen percentage wise."

As if that wasn't  bad enough, it was a full year later when we saw the bottom of the market. The S&P closed at 797. Now... fast forward to the end of last week, right before September 11th,  the market closed at 2127. Wow.

"We've gone up 166%  since that low, but since then we've had a mortgage crisis, it hasn't been a straight line by any means. What I think it  shows is the market's resilience. Those people who stuck with the long term plan and stuck with it even through the tough time, and our market is resilient and that's the biggest thing to take away from it all."